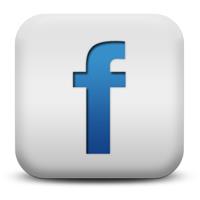 Facebook has had a flurry of changes over the past week – some good, some not so much. Estate Agents can make their own mind.

Before we proceed, don’t forget that Estate Agents must read on how to appear on Facebook’s top news. It will improve the visibility of your Estate Agent Facebook page.

Firstly without warning Facebook reduced the text size on users News Feed. Although it is clear that Facebook has made the text smaller to fit more information on the page, this change hasn’t been well received.

At around size 8.5, the font size is suitable for anyone willing to squint at the screen. Surely a better option would be to give the user a choice on the size of the text that they read? No doubt that Facebook will probably change this in the future, but only time will tell.

The next change (yet to come) has been something that Facebook users have been asking for since the introduction of a ‘Like’ button, unfortunately its form is slightly unexpected.

When Estate Agents click on the small ‘x’ button on the top right of a page update (not a user’s status update), a new ‘Unlike Page’ will appear alongside the usual ‘mark as spam’ and ‘Report as abuse’.

There are also rumours going around that Facebook might be including a rating system to go on a user’s news feed. This will then display a percentage of how many people ‘like’ the status update. Again this is still a rumour and has not yet been confirmed.

Lastly Facebook have announced that they are hoping to dominate the mobile market by adding a deals section to their Facebook places. How it works is that when people check into a business on Facebook, they will be presented with a voucher/coupon that they can present to a cashier.

Many Estate Agents will realise that it is certainly similar to the Foursquare service, but with Facebook’s popularity they are more than likely to dominate the market.

For those Estate Agents that have reached the bottom, I have an extra bonus for you. We have stumbled across a Facebook add-on that allows you to see who has unfriended you. If you contact my Twitter account I’ll give you more information.