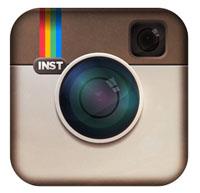 Facebook has announced it is buying the popular photo-sharing smartphone app, Instagram for $1 billion (£629 million) in cash and stock.

Instagram was only launched in October 2010 initially just as an iPhone app before recently being released as an Android app.

The 13 employees of Instagram are now to share the $1 billion. Kevin Systrom, Instagram’s CEO to net $400 million, along with Co-founder Mike Krieger set to rake in $100 million. The remaining employees are said to have a share of a 10% stake in the company meaning a $100 million will be shared out amongst them.

The free app allows users to apply different filters to the pictures they take, changing the colour balance to give the pictures a different feel. The app has been hugely popular with more than 30 million users uploading more than 5 million pictures every day.

Facebook has recently taken the staff from another social network in December, Gowalla, a location-based check-in service which closed down shortly after.

Although Instagram fans don’t need to worry about the app being shut down as Mark Zuckerberg said “we're committed to building and growing Instagram independently. Millions of people around the world love the Instagram app and the brand associated with it, and our goal is to help spread this app and brand to even more people.”

Facebook plans to issue $5 billion worth of stock on the New York based Nasdaq exchange later this year, which could value the firm at an estimated $100 billion.