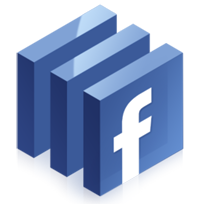 In parallel with smart phone dominance of the iPhone, Apple’s app store is the biggest app store in the world. So much so, that the Guinness World Records has awarded them ‘the most popular apps marketplace in the world’.

To give you an idea of their size, the app store opened on the 10th of July 2008, since then there have been 14 billion downloads from half a million apps, of those apps, 65,000 are just for the iPad and 37% of them are free to download.

There is no wonder that reports are emerging that Facebook wants in on the action.

There are now reports that Facebook’s ‘project Spartan’ is set out to open an official online app store that will run in html5 – as mentioned in this article ‘What’s next for Estate Agent websites’.

This gives Facebook the chance to release whatever design of app they desire without having to conform to the rules of Apple’s app store (and wait for Apple to approve it!).

Collaborating with an astonishing “80 or so” third party developers such as Zynga (makers or Poker and the popular Farmville), Facebook’s biggest challenge is to get people to part with their hard-earned cash.

This means that Apple does have a slight advantage over Facebook.

By signing up for an account through iTunes, you are required to enter your debit or credit card details meaning that any purchases in iTunes can be made by simply entering in a password. Although over a third of apps are free, the minimum price of an app is £0.59 – which can easily add up over time.