Didn’t it used to be social networking? 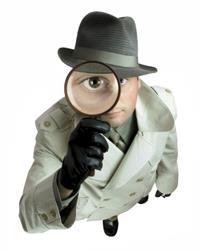 Estate Agents are probably thinking ‘Wait a second, what happened? They used to talk about social networking all the time and now they’re talking about social media. What’s the difference?’

Here at Resource Techniques we are going to define two terms that have been used more than the office microwave.

A social network is defined as network of people that are connected to each other. Not every connection has to connect directly to every other person, but will be somehow connected through other people.

Social networking is then the act of engaging and developing either business or personal relationships within your social network.

Whereas social media is defined as a way to interact and distribute self and third party content freely. We covered a recent article ‘proof that social media works’.

Are you still not entirely sure on the difference? The best way to think about difference is to break down the two definitions by the words that are used.

Media – is a broad term, but generally a tool to store and deliver content whether advertising, digital, mass, or news.

Although the definitions are different, Estate Agents will use the same tools such as Facebook and Twitter to carry out totally different tasks.