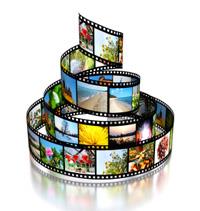 According to a survey that we recently came across, it seems that when marketing a property, online video and professionally taken photography can have a positive effect on the perceived value a potential customer puts on that property.

The research found that properties that were marketed with professionally taken photography were perceived to have a value nearly 12% higher than property marketed without. Those properties that featured video saw an increase of 6% on the perceived value. Perceived value is of course different from the final value that the customer pays, yet it sets a benchmark when the customer compares that to other similar properties.

The survey, which was carried out by a University in the US, surveyed 320 individuals aged between 35 and 54.

Where respondents viewed an online video, they believed that the property was three times as likely to sell within the listing period to a property that did not feature a video within its marketing collateral.

Finally, the survey found that individuals were seven times as likely to view a property that featured professional photography and video, than one that did not.

Now, this is all very interesting, but nothing we didn’t already know? Well if so, why do so many agents and chartered surveyors still use poor, low-resolution imagery to market client property then?