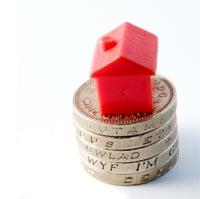 Does a survey of commercial property developers and contractors indicate a return of confidence and a positive out look for 2012?

According the a report commissioned by Savills and published this month, commercial developers are becoming positive about the future of the commercial property sector for the first time in eight months.

The company believes that the 19% (approx.) of respondents who believed activity would increase in the commercial market indicates a wholesale increase in confidence across the entire sector. This is despite the same report finding that 17% forecast a fall over the next three months.

Nevertheless the report has identified that the rate at which commercial development activity is contracting, has slowed. The contributing factors to this weaker rate of decrease include “a marked easing in the decrease in public sector activity” along with growth in public sector projects.

The findings come from Savills Commercial Development Activity report. Compiled by Markit Economics the report’s findings derive from a monthly questionnaire sent to a panel of leading commercial developers and contractors.

“The new year has seen a return to optimism amongst developers” believes Michael Pillow, Head of Building Consultancy at Savills. “We expect 2012 to be the year that rents starts to rise outside London, and this should stimulate some renewed interest in starting stalled schemes.” Only time will tell.