Commercial Agents who loath Apple.... something for you 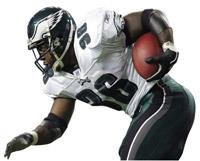 We had planned to bring you this story last week, but then we had something far more interesting about Rugby Union.  Commercial Agents and Chartered Surveyors could have been forgiven for missing the Super Bowl, with the RBS 6 Nations starting the same weekend. Nevertheless, last Sunday (5th) was Amercia’s ‘biggest sporting event in the world’!

Samsung choose this years game as the platform to shout about their new smartphone/tablet hybrid, the Galaxy Note. New technology like this is an example of how manufacturers are responding to the huge increase in mobile Internet traffic. In a matter of months, more people will access the Internet via a mobile device than a traditional desk and laptop computer.

This is the ultimate in advertising spots for big brands with a 30 sec spot selling for £2.2million. It is a prime audience and perhaps one of the only times when audiences actually look forward to commercials.

Samsung Take On the iPhone

In past years, these commercial breaks have seen some memorable Ads and this year was no exception. We took a particular interest in the Samsung Ad to launch their new Galaxy Note smartphone.

In the advert, Samsung take a pretty aggressive line against Apple positioning themselves as the ‘anti-apple”. In the opening seconds the Ad pokes fun at Apple ‘fangirls’ and ‘fanboys’ and the way that they will camp outside Apple stores whenever the next iDevice is launched.

So what is so special about this new phone to get people dancing in the street? Well, based on the Advert it would seem to be…a pen!

The most interesting thing, about the Galaxy Note (aside from being named after a chocolate bar) is perhaps the use of a Pen. Well actually a Stylus, remember them? Those commercial agents and chartered surveyors that loved their old PDA and still pine for your Palm or Psion will love the Galaxy Note.

Although much of the functionality is still touchscreen, the stylus allows the user to draw and take notes. This could be the ideal technology for commercial agents who struggle to hit he right keys on a smartphone touchscreen.

The Galaxy Note is actually a hybrid of Smartphone and Tablet.  It is an Android phone that features a positively mammoth 5.3-inch screen with an 80x1280 resolution. Some believe that this screen is just too big for a smartphone. Not Samsung, who are already hailing it a huge success claiming to have already shipped one million handsets worldwide.

The phone has Samsung’s own Exynos dual-core 1.4GHz processors and features a 2-megapixel webcam and 8-megapixel camera with LED flash.

The introduction of new technology like the Galaxy Note, is an example of manufacturers responding to the huge increase in mobile Internet traffic. In a matter of month, more people will access the Internet via mobile device than traditional desk and laptop computer.

Mobile optimised website provide commercial agents and chartered surveyors with a great way of standing out from their competition. Especially as the chronically conservative commercial property sector is so slow to respond to technology and marketing opportunities.

Mobile users are demanding and impatient, agents that deliver what the clients needs in a quick and user-friendly manner, will benefit.