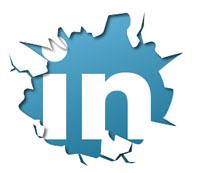 The Virgin group Chairman and Founder is now the most followed individual on LinkedIn with twice as many followers as President Obama in second place.

At the beginning of October this year, the social networking site introduced the program to feature 150 ‘Super Influencers’.  Since then the number has grown to 170. Influencers include business leaders, academics, politicians and campaigners from a wide range of sectors and backgrounds. These include physician/writer Deepak Chopra, motivational speaker Tony Robbins and Ari Emanuel, co-CEO of global talent agency William Morris.

LinkedIn’s own figures have shown that Branson’s followers come from a wide range of backgrounds and sectors. LinkedIn’s executive editor Daniel Roth has said that Richard Branson is followed by “everyone from entrepreneurs to HR workers and in industries ranging from tech to construction,” Roth continued, “The only continent where he doesn’t have a single follower is Antarctica.”

Large as Richard Branson’s LinkedIn following is, it is dwarfed by the 2.6 million that follow him on Twitter.