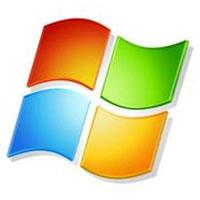 On Monday of this week Microsoft HQ announced that its new operating system is to be launched in October. Windows 8 will be available on all PC’s, tablets and hybrid devices sold by Microsoft’s manufacturing partners as well as being sold as a software upgrade direct to existing users, in October.

Those commercial agents and chartered surveyors who use PC’s will no doubt find it hard to contain themselves. I however am a dedicated Mac user and view the news with an air of smug amusement. Apparently this has been a ‘highly anticipated” launch. In fact the companies CEO Steve Ballmers said on Monday, "Windows 8 is simply the biggest deal from our company in at least 17 years".

In August Microsoft will release Windows 8 to all its OEM’s or original equipment manufacturers. That means that when you buy any new hardware from the likes of Dell, Acer, Hewlett-Packard, Sony, Lenova et al, the new operating system will already be installed and compliant.

Windows is a vitally important profit centre for Microsoft as it generates more than half of the company’s quarterly profits. Windows 7 for example, has to date sold more than 630 million licences worldwide. Interestingly, and kind of related to this story, worldwide Microsoft Office operates on more than a billion desktops. Even some of us Mac users actually use Office; this very article for example, is being joyously hammered out on Word 2011.

Anyway, Windows 8 will be available in 231 markets worldwide and come in 109 different languages.

I really don’t know how you PC users will be able to contain your little selves for 3 months.