Buy at a later date, rent for now scheme 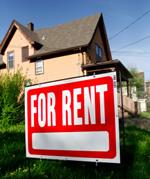 Housing Minister Caroline Flint, will soon be announcing a pilot project which will enable some households in England only to rent the property at a discounted rate.

Households earning £60,000 or less would be able to rent at 80% or less of the going rate for two or three years which then would enable them to save for a deposit.

The Government is hopeful that a "rent first, buy later" scheme will breathe new life into the housing market, other plans being outlined include, the location of new local housing companies which would see developers and councils using surplus land for homes.

Ms Flint also said, "The long-term need to provide more homes has not gone away. We have a growing and ageing population and will only see worsening affordability unless we increase the housing supply".

The government had previously extended the shared ownership scheme from key workers to those households earning £60,000 or less.

The first areas to run local housing companies for housing developments on surplus council land, as announced by Ms. Flint, will be Manchester, Newcastle and Nottingham along with Dagenham and barking.

The squeeze on mortgages caused by the credit crunch has made it difficult for first - time buyers to secure a mortgage deal, even though house prices are falling.