Are you a commercial agent after an iPhone 5? 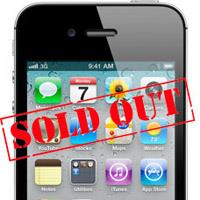 Chartered Surveyors and Commercial Agents eager to upgrade their iPhone may have to wait just that little bit longer for the iPhone 5.

Apple started taking online pre-orders for the iPhone 5 on Friday 14th with delivers set for this Friday (21st). However the Apple website sold out within the first hour of availability and shipping dates for the device were quickly put back a further week to September 28th.

Bloomberg surveyed various technology Analysts last week to garner their predictions on the new iPhones success. The consensus is that the iPhone 5 could sell around 58 million units by the end of the year alone. It could even become the best-selling gadget of all time.

Despite putting in larger requests for stock then they did for the iPhone4S, operators in the UK have commented that they have felt “constrained” by the level of supply they have received. All leading UK operators are expected to offer the new phone.

In the US, AT&T announced that the iPhone 5 was the fastest selling phone that they had ever offered, “customers ordered more iPhones from AT&T than any previous model, both on its first day of pre-orders and over the weekend.”

The iPhone 5 has a bigger 4 inches (10.16 cm) as apposed to the 3.5 inch (8.89cm) screens of its predecessors. This will better accommodate widescreen movies and create enough room for another row of icons.

If pre-ordering will just take too long, eager Chartered Surveyors with time on their hands can always queue at an Apple store from 8am on Friday (21st Sept) to buy one of the new smartphones.