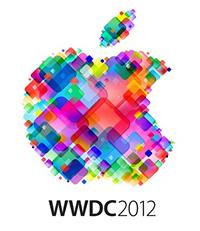 Even an official WWDC 2012 app is now available. The App has a schedule to allow attendees to keep up with the various events going on during the conference.

From WWDC 2012 we are expecting Apple to reveal the iCloud as well as an unveiling of the iOS 6 software. However the main focus of the event will be the hype around whether or not Tim Cook (Apple’s CEO) will surprise us with the unveiling of the iPhone 5!

Hopefully we will have some exciting news for you come June 11th but for now why don’t you check out some of the rumours we have heard about the iPhone 5...