Apple says televisions are an area of interest 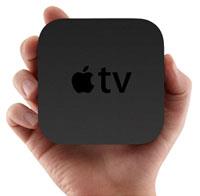 The CEO of Apple, Tim Cook stated that Home screens are now “an area of intense interest”, which gives us reason to believe that the long-rumoured Apple-made televisions are just around the corner.

Tim Cook said “When I go into my living room and turn on the TV, I feel like I have gone backwards in time by 20 to 30 years”.

We may be getting a bit ahead of ourselves as he could simply be referring to Apple’s existing TV and its current services but it does show us that Apple have not dropped the TV project, whatever it may be.

It seems as if Apple wants to push the boundaries of what a TV can do, just as they did with the mobile phone.

We don’t actually believe Apple will bring anything overly different to the TV itself, but rather the services and the interface. By this we mean the content, applications and possibly video games will be presented on an easy-to-digest format.

Other technology giants such as Google have tried to do this already but have failed due to poor content, which hopefully Apple will succeed in improving.

So could 2013 be the year Apple releases its revolutionary television? Well I guess we will have to wait and see...