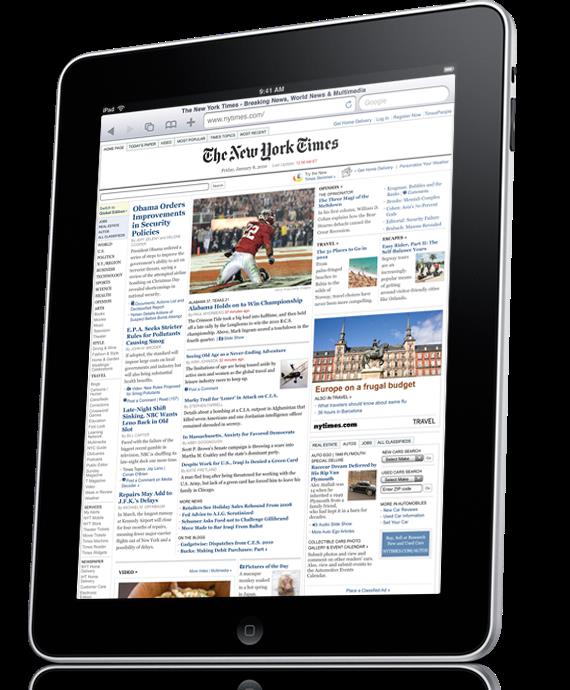 After Apple broadcast that they have an exciting announcement, rumours spread around the internet like wildfire. Last night Apple finally unveiled their version of the tablet named the 'iPad'. It is believed the iPad will to kick start the tablet market and is one of the most highly anticipated gadgets. Many have dubbed the iPad as an oversized iPhone but it has also been hailed as a possible saviour for the newspaper industry. We at Resource Techniques suggest that Estate Agents make their own mind up.

Steve Jobs, Chief Executive of Apple, said that it would be better than any laptop or smart phone, which will create a new market of computing.

What are the specifications? Well the iPad has a 9.7 inch screen that has the latest touch screen technology, the video even shows that the screen can be used from acute angles. It has 10 hours of battery life, is half an inch thick and only weighs 1.5lbs or 0.7kgs (which is lighter than 5 edible apples). Inside, the processor is an apple custom-designed to ensure that users have a high performance from a low amount of power and users also have a choice of 16, 32 or 64 gigabytes of memory.

With the specifications out the way, the iPad can perform a wide variety of tasks. From the already established iTunes, apps store and iBook store, Estate Agents can expect to: