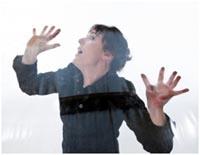 As the weeks turned into months, regular visiting and contributions dwindled from a burning bush to a car cigarette lighter. Your passion and heart was there, but the response wasn’t quite what you were expecting.

Clearly extreme, but many of you will now have realised that I’m starting to paint a picture of unbridled hope dashed by reality’s sober touch.

In reality, success comes with consistently posting fresh content that adds value to your followers whilst having personality, two way conversations and arguably most importantly fun – yes fun.

There it is – your new year’s resolution is not only to get back on the social media horse, but to have fun with it. Buck-off any fear and gallop through golden fields of uncharted territory because when you’re having fun, it shows.