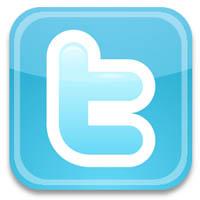 There’s stuff that’s Safe For Work [SFW] and then there’s Not Safe For Work [NSFW]. Just like a reflection on society, twitter has both of these elements running throughout its endless amount of tweets.

Since this is in development, Estate Agents won’t see their twitter change until it has fully rolled out.

Although this warning system is designed so that younger or sensitive users do not see older or disturbing content, it is a step in the right direction towards a more secure and family friendly twitter.

Then again, you can simply not click on any NSFW links in the first place…