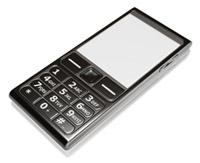 Over the last few years Smartphones have started to dominate the mobile market, mainly due to the release of Apple’s iPhone.

The latest reports from Nielson have revealed that well 43% of mobile users own a smartphone, the majority of those users are under the age of 44.

The other age categories show a slightly lower smartphone usage, with around 40 percent of 12-17 and 45-54 year olds reportedly owning a smartphone compared to those using more basic mobile devices.

Shockingly the second fastest growing smartphone users after young adults were those aged 55-64, although only around 30% of those people in that age group own a smartphone, the figures have jumped up 5% in the last 3 months!

As the smartphone market continues to rapidly expand, Android remains the most popular smartphone controlling just under 50% of the UK market, followed by Blackburry and iPhone with about 20% a piece. 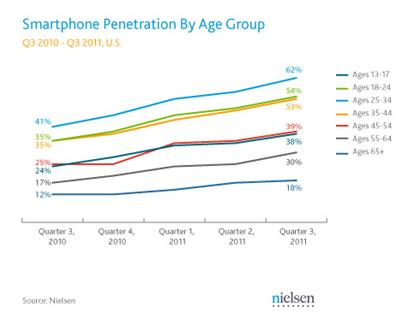