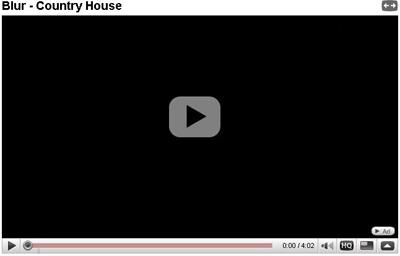 Are you bored at work? Resource Techniques has complied our top 5 songs for estate agents, which funnily enough, all include the word home or house in the title. We've provided each with a YouTube link so you can listen while in the office, but make sure the boss doesn't hear...

Written by John Denver, Bill Danoff and Taffy Nivert, 'Take me home, country roads' is a classic song that has ended a night after quite a few drinks down the pub. According to Wikipedia, the song has been performed at every West Virginia University American Football home game since 1972 and there are 21 cover versions, adaptations and parody songs. Including a song my Manchester United fans called "Take Me Home, United Road". Poor John Denver; he should have taken those country roads on that tragic day in 1997.

Classic Line:
"Take me home, country roads,
To the place where I belong"

Written by Ed King, Gary Rossington and Ronnie Van Zant, 'Sweet Home Alabama' is also likely to make you burst into song when inebriated. Again this song is beloved by Alabamians and as of this year, "Sweet Home Alabama" is now the official slogan on car licence plates! The song has been on numerous sound tracks and even has been on a Resource Techniques' favourite, Forest Gump.

Released on the 14th August 1995 on the album 'The Great Escape' which reached number one and sold more copies than the rest of the Top 10 albums. Whether you are an Oasis fan or a Blur fan, 'Country House' is an absolute classic. We salute you Britpop

Classic Line:
"He lives in a house,
A very big house,In the country"

2) House of the Rising Sun - The Animals

An old folk song, the origin of the 'House of the Rising Sun' is not fully known. Alan Price, the keyboardist for The Animals, has been quoted as saying that the song was an English folk song in the sixteenth-century about a Soho brothel which was taken to America on the Paul Jones Show. The oldest song on this list, The Animals released the song in 1964.

Classic Line:
"Spend your lives in Sin and Misery,
In the House of the Rising Sun"

Could it have been anything else? Written by Carl Smyth, 'Our House' only reached number 5 in the UK singles chart. It was used as the theme song for the 1998 in the reality series called 'The Estate Agents' on ITV and also last year's Bird's eye campaign. One house featured in the video was Buckingham palace, we wouldn't mind it being our house!

Is there a song we haven't mentioned? Let us know on our Facebook page or Twitter profile!