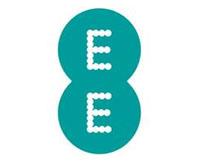 New 4G networks could go live by the summer of next year according to Ofcom who announced the timeline for the 4G spectrum auctions this week. We reported in October about EE’s (formerly Orange and T-Mobile) launch of the countries first 4G LTE network, a move that caused other mobile network operators to threaten legal action against Ofcom.

Ofcom will be accepting application from the likes of Vodafone, Three Mobile and O2 from 11 December, followed by a secure biding process in January. It is expected that the successful bidders will be notified by March with the new services being launched by May or June 2013.

The regulator said that the 4G auction will almost double the amount of airwaves available to smartphones and tablet that currently use 3G. And with downloads at an average of 6 megabits per seconds, 4G LTE will be up to 7-times faster than 3G. What does this mean for the humble chartered surveyor and commercial agent? Well if you are accessing the Internet via a smartphone, tablet or laptop you would get the sort of browsing speed that you get at home or on a fixed line.

The total cost of the spectrum could be as much a £1.8bn according to Ofcom.