The iWatch is coming soon

A leaked screenshot of the iOS 8 home screen which displays a Watch Utility app may confirm that Apple are definitely working on the iWatch.

If this home screen is genuine, then it clearly shows us that Apple is planning to release a wearable smartwatch along with the Healthbook. 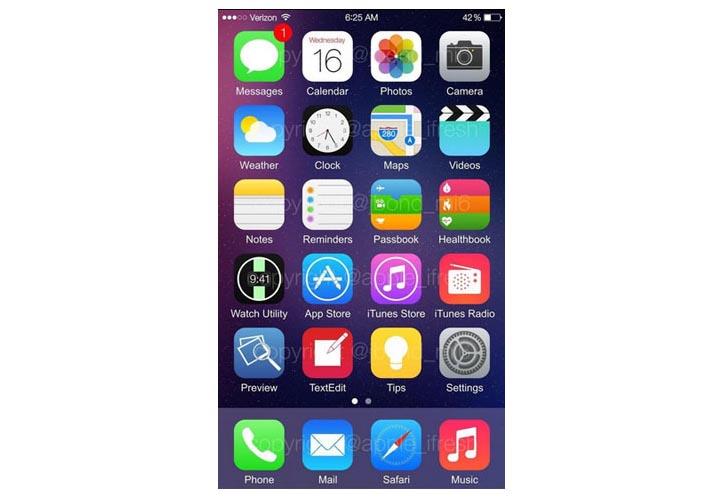 A few smartwatches have already been released such as the Samsung Galaxy Gear 2 but none of these have ticked all the boxes for design, performance or features.

However the smartwatch market is getting closer to fulfilling our requirements for a wearable wrist device, the best so far would probably be Google’s Android Wear, the LG G Watch and Moto 360.

The iWatch is expected to arrive alongside iOS 8 which rumours suggest will be announced at Apple’s WWDC event in June, however it is more likely to be released alongside the iPhone 6 later this year as it will be integrated with the new device.

Apple’s iWatch has been rumoured to come with several health tracking sensors which will log your progress within iOS 8’s new Healthbook app (which also appears in the leaked iOS 8 home screen).

Assuming that the leaked image is authentic, the iPhone home screen is filled up other new applications. The new features displayed on the leaked image include the iTune Radio Apps, Preview, Tips and TextEdit…