Google launches its own Santa Tracker

The tracking of Santa’s route obviously won’t begin until Christmas Eve but Google has updated its Santa Tracking website, Android App and Chrome extension with new games and features to help us pass the time until Christmas Eve when Santa departs from the North Pole.

Google invites you to visit Santa’s beautifully designed village which not only has a countdown timer but allows you to explore different games and animations each day up until Christmas.

Google Advent Calendar allows you to unlock a new game or activity each day, including the returning classics reindeer racing but also adds in new educational games like geography games, coding tutorials and history lessons about Christmas traditions from all different cultures from around the world.

All these games and activities are available on the web and on the Santa Tracker app (only available on Android).

The Santa Tracker has also been integrated into Android Wear so users will also be able to track Santa on their wrist as well as their tablets and smartphones. 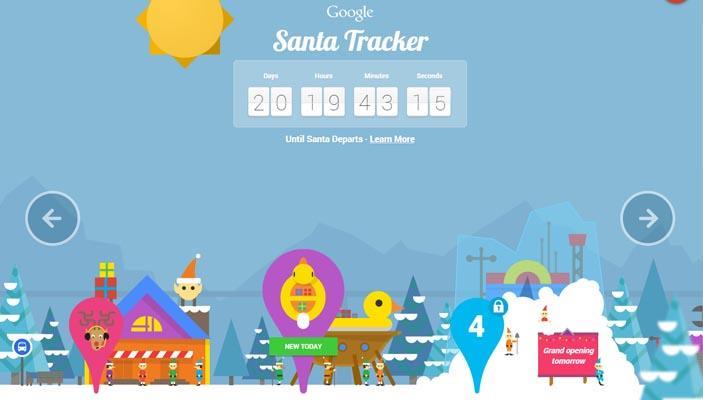 NORAD has been tracking Santa every year since Christmas Eve since the mid-1950s and this year is no different.

But which one is best to track Santa?

NORAD comes out on top for the experience and Santa Tracking but this year Google has put together a very fun and creative set of activities to entertain you and your kids in the lead up until Christmas day.

Both have their advantages and we'd suggest you check both of them out this Christmas.