FaceTime Bug Allows People To Spy On You

Google Maps Will Stop You Getting Caught Speeding

8 Things You Must Do For Mobile 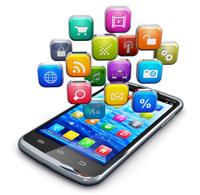 It seems that texting is no longer our favourite way of sending a quick message according to research carried out by Informa for the Financial Times. Mobile instant messaging or Chat Apps overtook traditional SMS texting for the first time in 2012 with 19bn messages being sent in comparison to 17.6bn texts.

Chat apps like WhatsApp, Apple iMessage, skype, Viber, Kik and Tango are based on technology that didn’t exist five years ago. Some believe that their rapid rise could even pose a challenge to the social networking dominance of Facebook and it should be noted that US company WhatsApp recently claimed to have more than 200m users - more than Twitter.

This popularity for such apps is impacting on the revenues of the major telecoms companies. In separate research carried out by Ovum they indicated that SMS revenues are down by as much as £15billion in 2012 alone. Furthermore Analysts believe that messaging via chat apps will more than double to 41bn this year compared to SMS at just 21bn. Nevertheless it is expected that mobile companies will generate £120bn this year from texting.

What’s In An App

Most Apps are free to download and are cheaper to use than SMS because at worst they use a mobile data connection, therefore not charging per message but by overall data cost. Arguably it was Blackberry that first popularised messaging apps. Chat apps are hugely popular in Asia, with the three main players having huge numbers of users:

Growth has been phenomenal considering that the longest established of these is the South Korean, KakaoTalk, which only launched in 2010.

Mobile instant messaging has many different applications, but Chat Apps like the above enable users to incorporate small cartoon illustrations, called emoticons or stickers into their message. Users will use the emoticons to express emotions. Crucially, App makers generate income by selling these emoticons or stickers for approx. $2 each and it is not usually for users to exchange messages simply with these illustrations.

Yet many of these internet-based apps now offer more with voice chat, video calls and game play. Recognising this shift, Facebook has made ‘chat’ central to its Home software, launched recently for Android.