FaceTime Bug Allows People To Spy On You

Google Maps Will Stop You Getting Caught Speeding

8 Things You Must Do For Mobile

How Bad Is Your iPhone Battery?

Apple’s iPhone hasn’t ever really had the best reputation for having a great battery but Apple has now released a helpful new feature to help you.

If you are uncertain about the quality of your battery life, Apple has now released a new feature that will enable you to see just how effective your iPhone’s battery is.

The new feature comes with the release of iOS 11.3, which has added the “battery health” feature enabling you to see if your iPhone battery has degraded.

The iOS update will also let you see if your device is being throttled due to a degraded battery.

To activate this new feature you will have to download the latest version of iOS by going to Settings > General > Software Update.

Once you have updated the software, you will be able to find the new battery health feature by going to Settings > Battery > Battery Health (Beta).

Here you will see the batteries capacity relative to when the device was new. 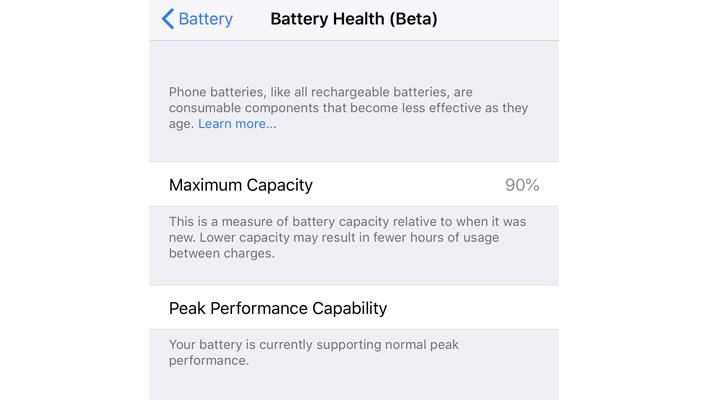 For most of us, this feature will be the only real improvement from the iOS 11.3 update, however those of you who have an iPhone X there will also be new Animoji characters such as a dragon and a lion.

The update also includes Apple’s new Business Chat feature, which enables companies to use iMessage similar to how Facebook allows businesses to use Messenger.

In wake of the Facebook and Cambridge Analytica controversy, Apple has also added a new “Data and Privacy” feature. It doesn’t appear to change how Apple views your data but a new privacy icon appears whenever Apple asks for access to your personal information.